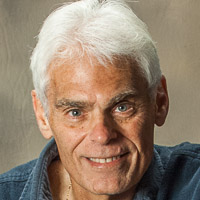 For over five decades, photographer Kenneth Graff has been capturing images. His travels as manager of photography for a major corporation have taken him to every continent throughout the world, from Armenia to Zimbabwe. 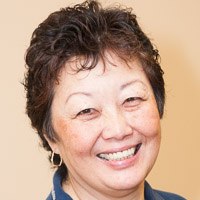 I have spent a lifetime in Customer Service. I have ''always and all ways'' enjoyed helping people. Working for the Telephone Company and the Airlines has taught me to start my day with a ''Smile'', follow-up on all my commitments and always be "On time".
At present, I oversee a 430 member international Family Tree for my husband. Also, I am moderating a Guinea Pig Newsletter (1,100 members worldwide and counting).
I am married to a terrific guy and we have two amazing girls. This makes for three avid Yankee fans and one Boston Red Sox fan. Oh well, we can't win 'em all.......
We have had serious computers since 1989. I decided to join the Computer Club in 2002 and thoroughly enjoy being the Class Coordinator since March '03. My very first 'computer' was the Commodore 20 and that was in 1981. It was a ''toy'' back then.
We have been spending time between Ridge, NY and West Palm Beach, which is quite a challenge. Hopefully, our car can live up to this daring feat.

I have been working in the Medical Insurance field for the past 32 years. I was involved in the Cost Containment Unit, Medical Claim payment and Customer Service.

I was born in Bristol, Connecticut and still reside there.  My husband and I have been  married for 32 years. I have 1 child,  2 stepchildren and 5 grand children.

This is my 3rd year at Century Village and I have enjoyed being  a Computer Club member meeting new people and making new relationships.

My interests are photography, playing cards, home decorating and genealogy of my family.

Our travels are to West Palm Beach, Connecticut, and camping in Maine. 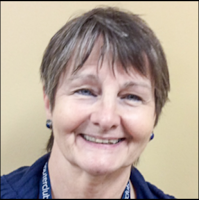 I am retired from the construction industry working for an electrical contractor for 36 years in Manhattan.
I was born in “The Bronx”, New York and last resided in Yonkers NY for over 30 years until moving permanently to CV last November.  I first came to CV in 2010 and realized what a great place it is for seniors!
I  enjoy being  a Computer Club member and learning new things all the time and passing it on. 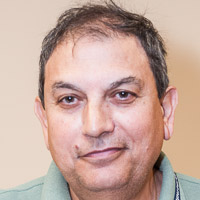 I arrived in the United States in October 1966 from a small Italian town.  I began working by making parts for Airplanes and learning the English language.  In 1972, I had the opportunity to join the Long Island Railroad. Within a few years, I became a Track Foreman/Switch Inspector and remained for almost 27 years.  Kathy and I came to Century Village in 2001 and fell in love with the place.  I serve on the Board of my condo as the President and enjoy learning all about Condo by-laws.
I enjoy playing Bocce, Pool and learning about Computers, of course.  Being a member of the Computer Club is an honor and a privilege.  Having Kathy at my side has made computer learning a cinch!  This is what I call being part of the American Dream. 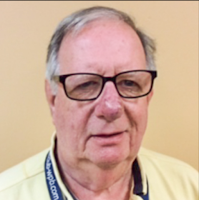 I grew up in the Bronx, NY and graduated from City University of New York (LehmanCollege) with a degree in accounting. After spending four years in the U. S. Air Force as
a cost and real property accountant, I joined a home heating oil company in New York
City with annual sales of over 100 million dollars. I retired after 38 years as Controller and Corporate Secretary.
My wife Sue and I will be celebrating our 51st wedding anniversary in October 2018, and we have two children and two grandchildren. We spend 7 months in New Jersey and 5
months here in Century Village.
For over 35 years I coached Little League Baseball, as well as
holding many positions on
the executive board, including President and Treasurer. I’m most proud of originating
and administrating a league for handicapped and challenged children, so that they can
play organized baseball along with their siblings and friends. The Challenger League is
now in its 27 th season of operation and has grown to include soccer and basketball
programs with over 100 participants.
Since one of my hobbies is photography, I find that using an iMac or MacBook is best for
post processing my photos.
Although we are a “Mac” family at home, at work I used PC’s, so I’m familiar with the
Windows operating system, Microsoft Word and Excel along with Lotus 123, (the
predecessor to Excel).
This is my third year as a member of the Computer Club and I have truly benefitted from
each meeting I have attended. As a new member of the Board, I look forward to being an


asset to the club in whatever capacity needed.

I graduated from Simmons College in Boston, and earned a masters degree from Bridgewater College
After college, I taught English and history to Seventh graders for twenty six years.
My husband and I have a Brady Bunch with 6 children and 13 grandchildren… We welcomed our
first great grandson Nolan in February and the second, a girl Mia, is expected around April 7 th
I became interested in computers starting with the first Apple with the huge floppy disks to enhance my
teaching. It has been a challenge to keep current with all the developments… My favorite pastime is
being the family historian… It has been my pleasure to record all the wonderful highlights through
the years. All of the grandchildren have an album of their first five years, and a slide show DVD at their
high school graduation of their fun times through the years.
We have traveled extensively to natural places around the world and have the pictures in albums and
more recently in DVD slide shows to enjoy and share.
We came to Century Village in 2011 from So. Berwick Maine… Our stay is usually from November

through April each year, and no, we don’t miss the snow. 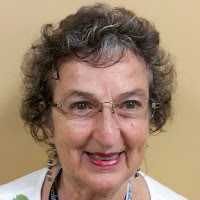 My experience with the Computer Club has been positive, joyous and educational.  I joined in 1999.  Through the years I volunteered to teach Microsoft Excel and Word.  I’ve used the computer knowledge to enhance my singing and musical career.  Much of my music technology is self taught, but listening to Ken Graff, Howie Silver, Kathy Congi and other members of the Computer Club I’ve been able to learn a lot of interesting and useful facts. 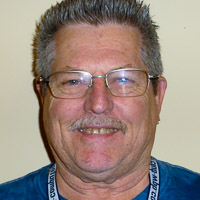 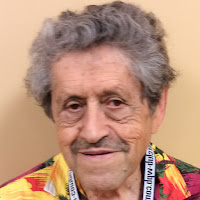 In Kiev I graduated with a BS degree in Electrical Engineering from Kiev Tech University .

I worked in Kiev as an Automation Design Engineer designing automation systems for Subway Power Supply Substations.  I worked in the US as an Electronics Design Engineer using different Computer Aided Design software.  I was responsible for wiring harness systems design for Ford Crown Victoria, Mercury Grand Marquis and Lincoln Town Car.

I fell in love with full sized cars (but could not afford to buy any size in Russia.... Kiev was part of Russia ) 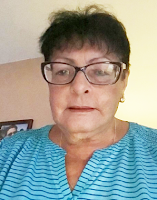 Hello I’m Gladys Buonacore
Born and raised in Brooklyn New York and now living in Florida since 2012
I attended Prospect Heights H.S
Worked part time at Merrill Lynch while attending H.S. And stayed on full time after graduation,
From there I learned the financial industry from the bottom up
I learned back office operations and worked my way up to an investigative capacity resolving
issues from one dolllar to millions working with international banks world wide.
I worked for Merrill Lynch, First Boston, Natwest , Morgan Stanley ,Dresdner Bank, Credit
Agricole learning the business along the way [ best way to learn is hands on)
Married 55 years 2 daughters (no grandchildren sob sob)
I’ve been a member of the computer club since 2013 and have learned a lot , 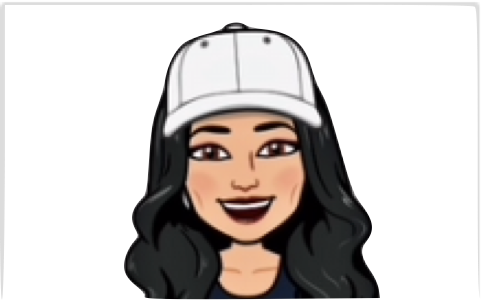 Worked in the foster care system as a psychotherapist (C.A.T.), with teenage boys and girls  diagnosed with various psychiatric and psychological disorders. I also treated teens with developmentally and physically challenged disorders. Eventually, opened an office working with the general population.

In my spare time, I participated in designing floats for the Israeli Day Parade in Manhattan and was significantly involved in bringing out Russian Jewry to the United States and Israel.

Living in Century Village for over twenty years. I am a member of the Camera Club, and Computer Club.

Currently, I am the secretary of my condo association and a Board Member of the Computer Club.

I have spent a lifetime in Customer Service. I have ''always and all ways'' enjoyed helping people. Working for the Telephone Company and the Airlines has taught me to start my day with a ''Smile'', follow-up on all my commitments and always be "On time".
At present, I oversee a 430 member international Family Tree for my husband. Also, I am moderating a Guinea Pig Newsletter (1,100 members worldwide and counting).
I am married to a terrific guy and we have two amazing girls. This makes for three avid Yankee fans and one Boston Red Sox fan. Oh well, we can't win 'em all.......
We have had serious computers since 1989. I decided to join the Computer Club in 2002 and thoroughly enjoy being the Class Coordinator since March '03. My very first 'computer' was the Commodore 20 and that was in 1981. It was a ''toy'' back then.
We have been spending time between Ridge, NY and West Palm Beach, which is quite a challenge. Hopefully, our car can live up to this daring feat.

Born and raised in a small seashore community in New Jersey I continued to live there until 2001 when I moved to CV.  After raising three children, and watching 4 grandchildren grow into adults, I was ecstatic to become a great grandmother.

I retired from county government in 1998, but had several different careers during my lifetime, including teaching organ and piano, and working in the medical profession. I was also employed by a company  that required me to travel all over the world, sending me to 'far away places with strange sounding names'.


I’ve always had a love for machines, so I was naturally drawn to computers and WebTV years ago. Upon moving to CV, I  joined the computer club. Soon after, I was appointed to the board. Along with holding the position of President, past treasurer, and past webmaster, I teach classes. I am enjoying every minute of my involvement with the CVCC.

We arrived in Century Village in 1992 after an electrifying 39 year career as an electrician. In 1994, I got my first computer. Since then, my life has evolved completely. Whereas, once upon a time I kept busy with woodwork and crafts, I am now involved with my Building Association. My very patient wife of 50 years, Shirley, continues to support my many activities. At present, my duties as President of the Computer Club keep me busy. My involvement in the Club has also given me the opportunity to meet many interesting people from all over the world. 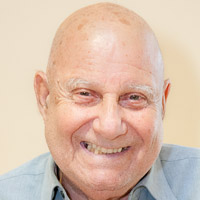 I was born in Brooklyn, NY and lived in Far Rockaway, Coram, & Smithtown before moving to Reidsville, N.C.
I was employed as a Union Meat Manager and was a butcher for 32 years.  Served in the U.S. Navy (Korean War) for 2 years. My loving wife Catherine & I moved to CV in 1997.
I am a Co-Founder of the Computer Club .  Elected President for 2005-2006.
Co/Designer of Channel 63 TV Page for CV, and Co/Designer of Century Village Computer Club Web site. Other Community Services include:  Vice President of Stratford Umbrella Organization, President of Stratford K. Instructor Computer Training for Volunteers at the VA Medical Center WPB. past UCO Vice President , member of the UCO Executive Board , Computer Instructor for PCRAM  Club in WPB and an Emergency Communications Director for the Red Cross WPB.